Apple Music today debuted a new exclusive special feature that takes a look behind the scenes of the Queen biopic “Bohemian Rhapsody.” The 16-minute feature is called “Rami Malek: Becoming Freddie,” and it focuses on the transformation that actor Rami Malek went through to portray the Queen lead vocalist Freddie Mercury. 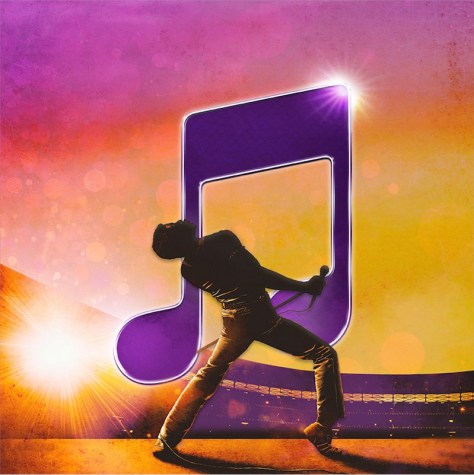 Apple Music gained the special feature ahead of its release as an iTunes Extra in the upcoming full release of Bohemian Rhapsody, which is expected to hit digital retailers on January 22.

The featurette titled “Rami Malek: Becoming Freddie” is a fascinating 16-minute clip that gives fans a deeper understanding of Malek’s commitment to authenticity when portraying one of the greatest rock-n-rollers of all time.

Quite a few exclusive clips, films, and music-focused documentaries have been released on Apple Music over the years. These include films centered around Kesha, The Chainsmokers, Flume, Sam Smith, Danny Brown, Bert Berns, Sean Combs, Clive Davis, Harry Styles, Major Lazer, and others.