Apple will today seed the third beta of an upcoming iOS 12.3 update to developers, two weeks after releasing the second beta and a month after the launch of iOS 12.2, an update that introduced Apple News+, new Animoji, and more.

Registered developers will be able to download the new iOS 12.3 beta from Apple’s Developer Center or over-the-air once the proper configuration profile has been installed from the Developer Center. The beta will be available right around 10:00 a.m. Pacific Time or 1:00 p.m. Eastern Time. 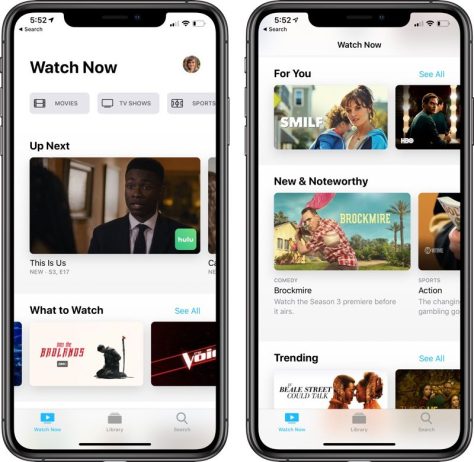 iOS 12.3 and tvOS 12.3 introduce a new version of Apple’s TV app, which has been updated with a new look and fresh functionality.

In the new TV app, “Watch Now” and “Up Next” are still front and center for keeping track of what you’re watching, but there’s a new machine learning-based recommendation engine that will suggest content based on your viewing preferences and history.

The app’s interface has been streamlined with sections for movies, TV shows, sports, and kids content, and on iOS, there’s a separate bottom bar for the library, search, and Watch Now options. 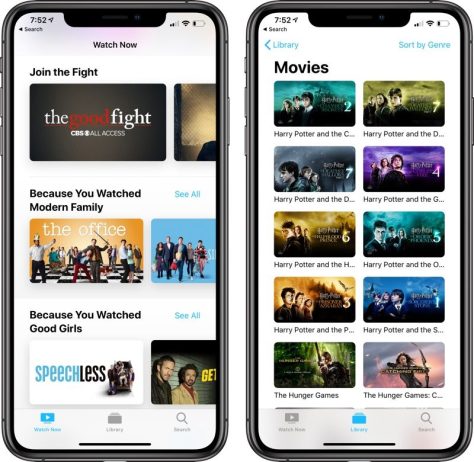 There’s a new “Channels” feature in the TV app, which is one of the major new components of Apple’s services push. Channels are subscription services that you can sign up for and watch within the TV app without having to open up another app.

So, for example, if you come across a show you want to watch on your iPhone or Apple TV that’s on Showtime, you can tap to subscribe to Showtime right in the TV app, and then you can watch that show without leaving the app.

Some of the new Channels that will be supported include CBS All Access, Starz, Showtime, HBO, Nickelodeon, Mubi, The History Channel Vault, and Comedy Central Now. During the beta, though, users can subscribe to Showtime, Starz, Smithsonian, EPIX, and Tastemade. 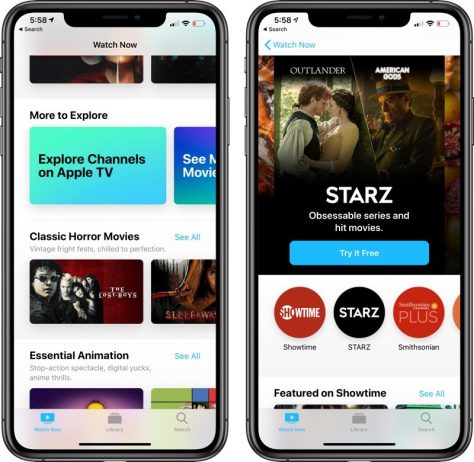 You’ll still get recommendations for content from services that aren’t a part of Channels, you’ll just need to watch non-channel content in a third-party app. The TV app also houses iTunes TV shows and movies.

When Apple debuts its Apple TV+ service this fall, all of the company’s original TV shows and movies will also be accessible in the TV app. iOS 12.3 will be in beta testing for the next few weeks ahead of a May launch, the month when Apple said the new TV app will be released.