Commonwealth Bank (CBA) today implemented support for Apple Pay, making it the second of Australia’s “Big Four” banks to offer the payments service. CBA is the biggest retail bank in Australia and was a notable Apple Pay holdout. 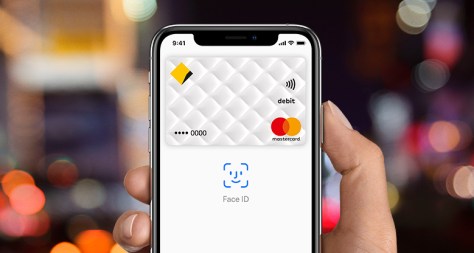 Commonwealth Bank first announced plans to support Apple Pay last month, giving in to consumer demand after a years-long dispute with Apple over fees and access to the NFC chips in iPhones.

When announcing Apple Pay support, Commonwealth Bank Group Executive of Retail Banking services Angus Sullivan said that the bank had heard many requests from customers asking for Apple Pay, leading to its implementation.

“We are committed to making changes that benefit our customers and simplify our business. We will continue to look for more opportunities to innovate and listen, to ensure our customers get the best experience when they bank with us. Responding to customer demand for Apple Pay underscores our commitment to becoming a better, simpler bank.

Commonwealth Bank, along with NAB and Westpac, tried to collectively bargain with Apple to attempt to force Apple to open up the iPhone’s NFC capabilities to support other digital wallets, like those offered by the banks themselves.

Apple said that this would be harmful to consumers and would stifle innovation, a position that Australian regulators agreed with when denying the banks authorization for collective bargaining.

Thanks for all your gentle prompts. We read them all. Now you #CanApplePay 👏 pic.twitter.com/RJM4IBpvhA

ANZ was the only one of the four major banks in Australia to support Apple Pay when it launched in the country in April 2016. Other smaller banks later implemented support, but Commonwealth, NAB, and Westpac continued to hold out amid negotiations.

It’s not clear if NAB and Westpac will implement support now that Commonwealth Bank has done so.

Bankwest in Australia is also now supporting Apple Pay, along with ASB Bank Limited in New Zealand and Bank of America Merrill Lynch in Canada. Multiple smaller banks in the U.S. have implemented Apple Pay support as well, with a full list available on Apple’s website.