Earlier this week, we asked our readers on Facebook, Twitter, and Instagram to look at some photos taken with the iPhone XS Max and the Samsung Galaxy S10+, Samsung’s new flagship device, and tell us which photos they liked best.

There was a catch, though. We didn’t tell them which smartphone took which photo, allowing us to aggregate some unbiased opinions on the quality of the images from each device. Today, we’re revealing which photos came from which phone and sharing the results we gathered.

All of the photos that we shared came straight from the camera and were not edited or otherwise manipulated. We’ll go through each image and give a brief overview of what people thought before unveiling which camera was used for these images.


The first photo, of a cup, shows off the iPhone’s Portrait Mode and Samsung’s Live Focus mode, which is basically the same thing. Photo A has more natural colors because Photo B is too warm, but B wins when it comes to depth. Photo A cut off part of the cup, while Photo B did not, though Photo A offered better blurring of background images. Most people actually preferred Photo A, but we think Photo B is the winner because it didn’t cut off any of the cup. 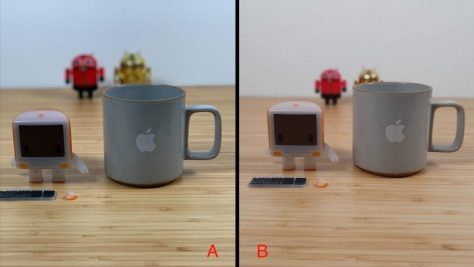 The second photo, featuring a person, was also captured with portrait mode. Compared to Photo B, Photo A seems a bit washed out, but A did a better job isolating the subject from the background. MacRumors readers preferred Photo A, and so do we. 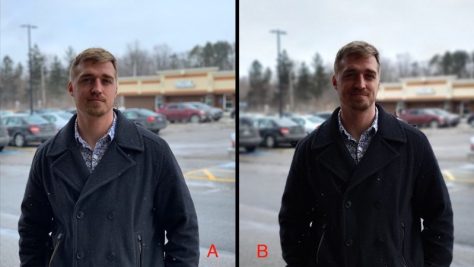 The third photo, of a street sign, is a portrait mode photo taken in lower lighting conditions. It was gray and snowy outside, and Camera A took an image that was too cool. Photo A doesn’t have any of the sign cut off, but the blueness of the image skewed this heavily in favor of Photo B. 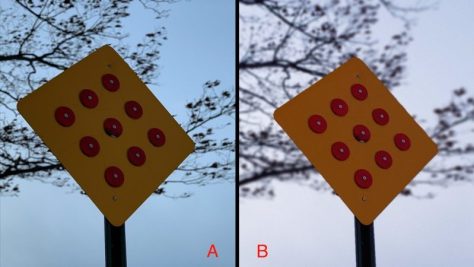 In our fourth image set, of a skyline, Photo B is brighter, but a bit overexposed and washed out. Photo A is darker, but the dynamic range and contrast are more accurate, especially when looking at the clouds. Most people liked Photo B better, but we prefer A because it’s not washed out. 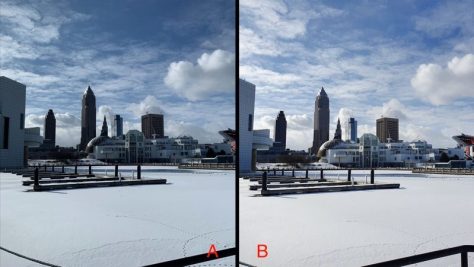 Our last images, shared solely on Instagram due to Twitter limitations, demonstrate how well Camera A is able to handle shots of the sky. Photo B’s highlights are blown out and Camera B didn’t do a great job of capturing the sun. We didn’t get a lot of feedback on this image, but we preferred Photo A. 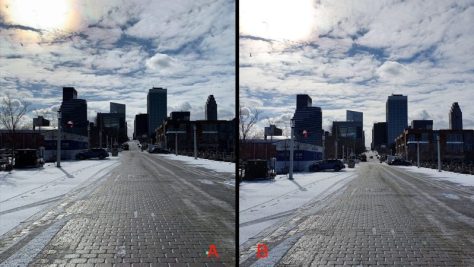 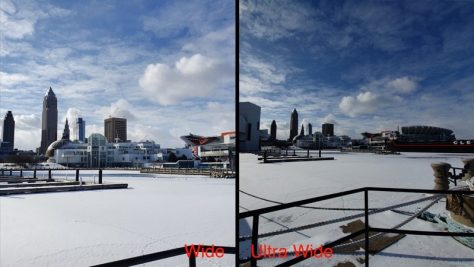 Both are also great at video and can record in 4K with optical image stabilization offered, though we thought the Galaxy S10+ outperformed the iPhone XS Max because its stabilization was just a bit better.

Which photos did you prefer? iPhone XS Max or Galaxy S10+? Let us know in the comments.