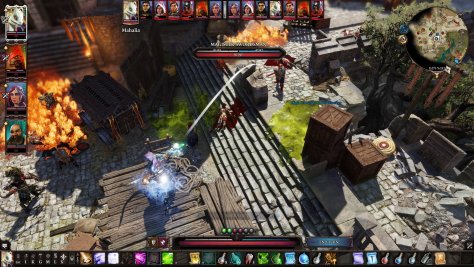 Developed in partnership with Mac porting studio Elverils and Apple’s Metal engineering team, the acclaimed RPG from Larian Studios includes all the content from the PC version, along with a raft of additional features exclusive to Mac.

Examples of the latter include full MacBook Pro Touch Bar support for quick access to in-game actions (such as the journal or map), MacBook trackpad and selected gestures support, eGPU support, support for Apple MFi controllers and rumbling support on selected controllers, and iCloud support for easy backup between devices.

Since its 2017 PC release, DOS2 is one of only 15 games to receive a GameSpot 10/10 score. The in-depth sandbox adventure for up to four friends has also won a BAFTA in the Multiplayer category and is the highest rated PC game of 2017 on Metacritic.