The Wall Street Journal reports that Samsung has delayed its launch of the Galaxy Fold until “at least next month” after multiple review units experienced sudden display failures while being tested by the media last week. 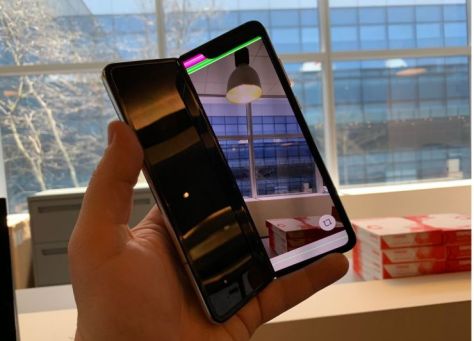 Samsung initially said it remained committed to launching the Galaxy Fold on April 26, but the rollout is now expected in the “coming weeks.” The company has yet to confirm the delay, but it wouldn’t be surprising given that at least some of the folding smartphones appear to have a serious hardware issue.

Galaxy Fold launch events in Hong Kong and Shanghai have already been postponed, according to Engadget‘s Richard Lai.

Samsung earlier confirmed that it would “thoroughly inspect” the affected devices to determine the cause, but it has yet to provide an explanation. Samsung also cautioned that removing the protective layer on the display could cause damage, but some displays failed even with the protective layer in place.

The delay would be an embarrassing mishap for a smartphone that starts at $1,980, but the right move before the Galaxy Fold gets into the hands of thousands of customers around the world and potentially turned into a larger problem.