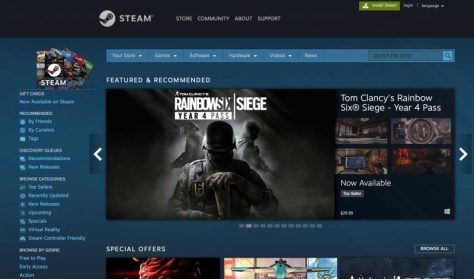 Starting on January 1 2019, Steam will officially stop supporting macOS versions 10.7 (“Lion”), 10.8 (“Mountain Lion”), 10.9 (“Mavericks”) and 10.10 (“Yosemite”). This means that after that date the Steam Client will no longer run on those versions of macOS. In order to continue running Steam and any games or other products purchased through Steam, users will need to update to a more recent version of macOS.

The newest features in Steam rely on an embedded version of Google Chrome, which no longer functions on older versions of macOS. In addition, future versions of Steam will require macOS feature and security updates only present in macOS 10.11 (“El Capitan”) and above.

Mac OS 10.10 “Yosemite” was released in 2014 and was replaced by 10.11 “El Capitan” in September 2015. That puts the operating system at a little over three years old. However, there still seem to be a number of users either unable or unwilling to upgrade. We recently reported that several users of Yosemite had run into an iTunes upgrade bug that prevented Safari from launching. A thread was recently posted on Steam’s community forums complaining about the move as users would lose access to their game libraries if they don’t upgrade.