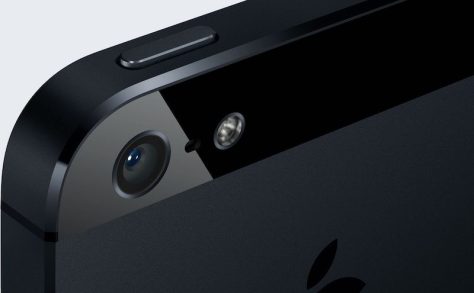 The lawsuit alleges that Apple knowingly sold the aforementioned iPhone models with “defective” power buttons and refused to properly remedy the issue. For this, Apple is accused of “deceptive” or “fraudulent” business practices, breach of warranty, and violating multiple California consumer laws.

The proposed class includes California residents who purchased an iPhone 4, iPhone 4s, or iPhone 5 from Apple or a third-party retailer:

All California citizens who purchased one or more iPhone 4 or 4S smartphones from Apple or a third-party retailer, from June 24, 2010 through October 10, 2011 for the iPhone 4, and from October 11, 2011 through September 20, 2012 for the iPhone 4S, and whose sleep/wake (power) button stopped working or worked intermittently during a one year period from date of purchase.

All California citizens who purchased one or more iPhone 5 smartphones from Apple or a third-party retailer prior to April 1, 2013, and whose sleep/wake (power) button stopped working or worked intermittently during a three year period from date of purchase.

In April 2014, Apple initiated a program offering free repairs of a “small percentage” of iPhone 5 models with power buttons that may “stop working or work intermittently,” but the lawsuit alleges that the program went “unnoticed” and began “ten months after the initial complaint in this matter.”

The class action lawsuit seeks damages in an amount to be proven at trial, plus restitution, injunctive, and declaratory relief. Apple denies all of the allegations in the complaint, and denies that it did anything improper or unlawful.

As with any class action lawsuit, proposed members can do nothing to remain part of the class, or opt out to retain the right to sue Apple individually.

iFixit today published its teardown of Samsung’s Galaxy Fold, offering more details on a potential flaw in the device, which has now been delayed following reports of several broken review units.

Essentially, it looks as though Samsung was so focused on perfecting the folding mechanism on the smartphone/tablet hybrid that it made a major oversight: providing adequate protection against the ingress of debris between the OLED screen and the chassis bezel. 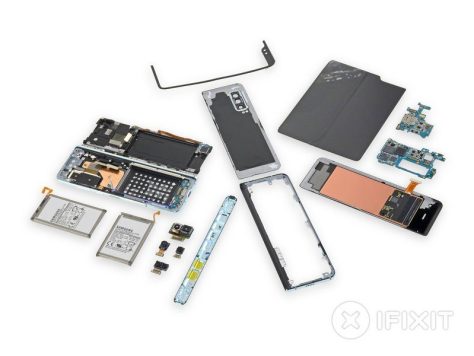 To achieve the fold, the thin bezel that surrounds (and protects) the screen leaves a gap where the two halves meet… This 7 mm gap doesn’t seem like a huge deal, but it leaves the display exposed—so should something accidentally enter, it’s curtains for the screen. (Oops.)

When closed, the screen is protected—but the spine is flanked by massive gaps that our opening picks hop right into. These gaps are less likely to cause immediate screen damage, but will definitely attract dirt.

As iFixit notes, it will be interesting to see how future folding designs will overcome these weaknesses – if indeed they have a future. Following Samsung, Huawei and Xiaomi revealed that they too will launch folding smartphones, and there are signs Apple is looking into the possibility of a foldable iPhone. Apple has filed several patent applications related to folding phones that variously fold inward, outward, and both inward and outward. 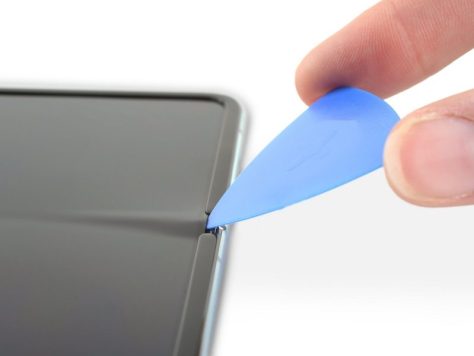 As for the Galaxy Fold, the months ahead look increasingly uncertain. One day after Samsung said it was delaying the launch of the hybrid handset, the company announced that it would be retrieving all Fold devices that were distributed to reviewers.

Many reviewers experienced multiple issues while testing the device, including a random bulge appearing on the display, as well as flickering and failing screens. In many cases, the issues were enough to make the $1,980 device completely unusable.

In an email to pre-order customers about the delayed launch, Samsung said that it will update customers with more specific shipping information in two weeks. “Your pre-order guarantees your place in the queue for this innovative technology,” the company promised.