Twitter today announced that the Twitter app for iOS devices has been updated with a new “Lights Out” feature that makes the existing Dark Mode option even darker.

The new Lights Out toggle is available in the Settings section of the Twitter app and it can be used in conjunction with the current Dark Mode feature to make Dark Mode just a bit darker for OLED displays. 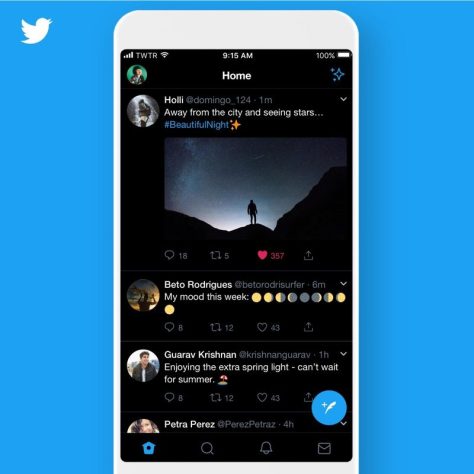 Twitter CEO Jack Dorsey said in January that Twitter was working on a new Dark Mode option in response to complaints suggesting that the existing Dark Mode was more of a dark blue than a black.

It was dark. You asked for darker! Swipe right to check out our new dark mode. Rolling out today. pic.twitter.com/6MEACKRK9K

The Dark Mode that existed before today’s update is now the “Dim” Dark Mode in a blue/gray color, while Lights Out uses a pure black color palette. Twitter has also added an Automatic Dark Mode feature on iOS for turning on Dark Mode automatically based on timezone.

We’re excited to finally share the updated dark mode, and @design will talk about it from (you guessed it) a *design* perspective on behalf of @sofo, @bhaggs, @davidk, and many other awesome teammates who brought this to life. pic.twitter.com/JCNhZ365I6

Right now, the new Lights Out option is limited to iOS devices, but it should be expanding to the desktop and Android devices in the near future.